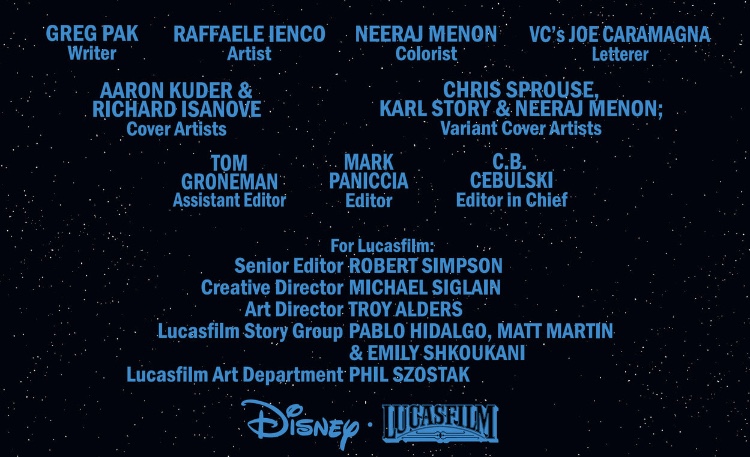 As Vader and Ochi are chased by Sly Moore into the Red Nebula on their way to Exogol, they experience visions of death before finally arriving at the long lost Planet of the Sith.

We really get to see again how great a pilot Vader is, as he avoids destruction from the giant Space Cthulhu creature as well as legions of TIE Fighters sent by Sly Moore in a hope to stop Vader from reaching Exogol.

After evading the threats, Vader and Ochi enter the Nebula and experience visions. Vader sees moments of his past, both of his duels with Obi-Wan and his battle with Luke from ‘The Empire Strikes Back’ but at one point the roles are reversed and it is Luke who cuts off Vader’s hand. Luke strikes at Vader, stabbing him through the chest and leaving him for dead as he walks away with The Emperor. Some of this is foreshadowing the events of ‘Return of the Jedi’ with Luke gaining the upper hand, cutting off Vader’s own hand and Palpatine claiming that it’s Luke’s destiny to turn to the Dark Side.

Once the pair reach Exogol, they are followed by Space Cthulhu and Vader uses to Force, when Ochi reminds him that he is forbidden to do so or the Emperor will kill him, Vader talks about fear leading to anger, anger leading to hate and hate leading to power when he manages to defeat the creature and using it as his mount that takes him to a cliff top above the Sith Temple from ‘The Rise of Skywalker’.

This issue really picks up the pace of this arc, now five issues in I feel like the story is finally going somewhere and I’m seriously hoping that next issue isn’t the final part because if it is I know I’ll feel short changed.

Pak finally reaches the part of the story that has been teased for what seems like forever and was the big draw for me, Vader reaching Exogol and tying in with ‘The Rise of Skywalker’. Sure we have had Ochi featuring heavily in the story, but by now my thoughts on Ochi have been pretty clear, not good, and The Eye of the Webbish Bog can hardly be classed as a tie-in because it wasn’t in the final cut of the film. And with the introduction of Exogol I’m hoping we get some backstory on what has been going on there leading up to Palpatine’s ‘death’ on the Death Star.

I have to really give Raffaele Ienco a shout out for this issue, the art is sublime. Vader’s space battle is beautifully depicted and it reminds me of Vader’s battle against the Rebel Starfighters in ‘Vader Down’. Ienco really brings Vader’s visions to life here as well and he has created one of the best pieces of Star Wars illustration in my opinion. 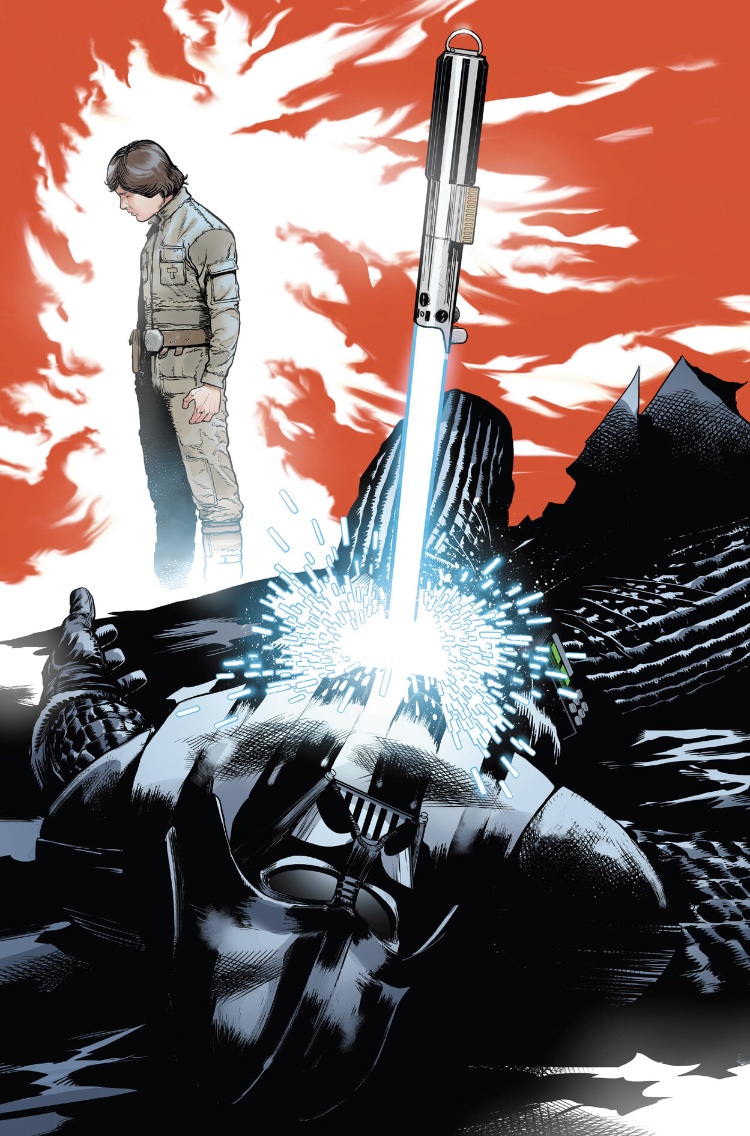 A true return to form after a lacklustre arc so far. I wouldn’t say that it’s been fully redeemed in my opinion, but I am finally looking forward to the next issue of this series which I haven’t been doing for he last few issues so the creators, for me, are heading in the right direction again.

If you would like to support ‘My Star Wars Life Debt’ please visit the SUPPORT PAGE to see how.