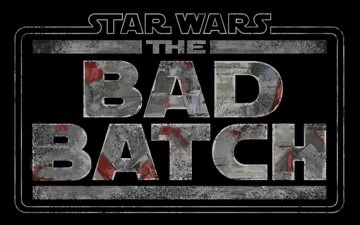 The next animated Star Wars series has just been officially announced after a few weeks of rumours and speculation and rather than the news about a ‘Rebels’ Sequel Series, we’re getting a spin-off of ‘The Clone Wars’.

The series will follow the exploits of Clone Force 99, otherwise known as ‘The Bad Batch’, a group of mutated clones with different specialties who were first introduced to audiences in ‘The Clone Wars’ Season 7 earlier this year, and focus on them finding where they belong in a rapidly changing Galaxy under the new Imperial regime.

Between this and the rumoured ‘Rebels’ series I would rather get the latter. Whilst ‘The Bad Batch’ premise sounds like it could be the Star Wars equivalent of ‘The A-Team’ with a mission of the week type feel, I can’t see it having much longevity, of course I’m not on their writing staff so I have no actual idea what Filoni and Co. have got planned for them, but I do wonder if this show has a planned end much like what we got with ‘Resistance’. I do have my fingers crossed that if that is the case, that ‘Bad Batch’ fairs better than the lacklustre second season of ‘Resistance’.

But who am I kidding? My lifelong pre-disposition of loving Star Wars already has me looking forward to this series, will it be my favourite? At this point I doubt it. Will I do my very best to enjoy it? I sure will. Will I just end up watching it regardless? Of course.

And the biggest question of all…

Will I buy a Lego set based on their ship?

Do I really need to answer that?

If you would like to contribute to the upkeep of the blog please visit the Patreon Page HERE.