The 20th Anniversary Building marathon has come to an end with this set. I intentionally left it for the end because it was one that I always wanted when it first came out in 1999 but never picked up.

The box is designed the same as the previous 20th Anniversary wave, in black and silver, reminiscent of the old Kenner Toys from 1978. 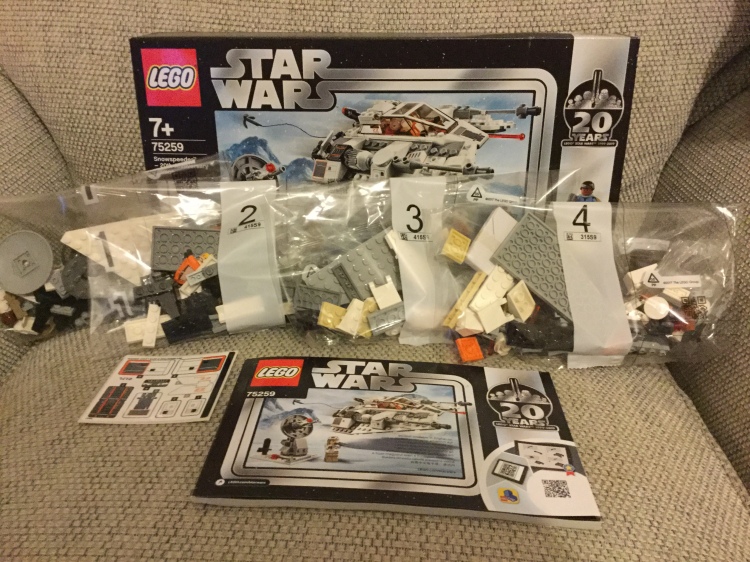 The set consists of 309 pieces that come in four separate numbered bags, a set of stickers and the instruction booklet with info on the original version of the set and this new one.

Bag 1 contains one of the saucer-dish blasters seen on Hoth. It comes with a clip to stash some binoculars. It looks screen accurate and is a nice little build that is a nice addition to the set. 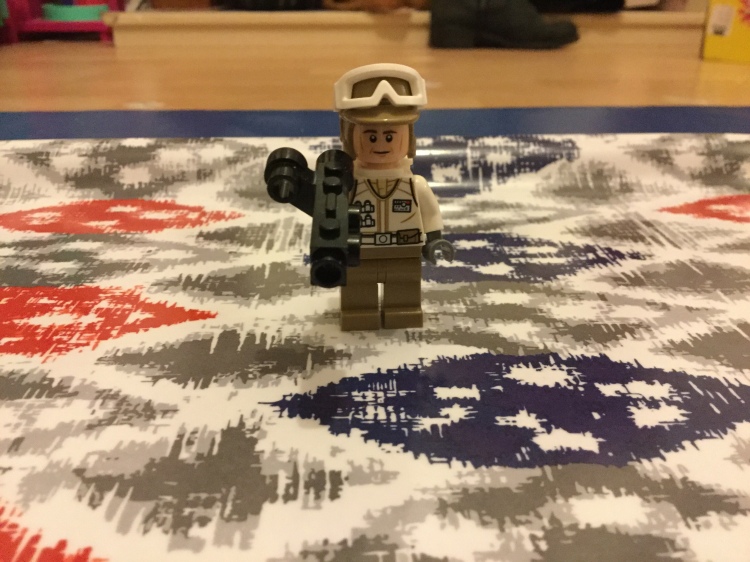 Bag 1 also brings us a Hoth Trooper who wields a large blaster that I last saw with the Baze Malibu mini-fig. 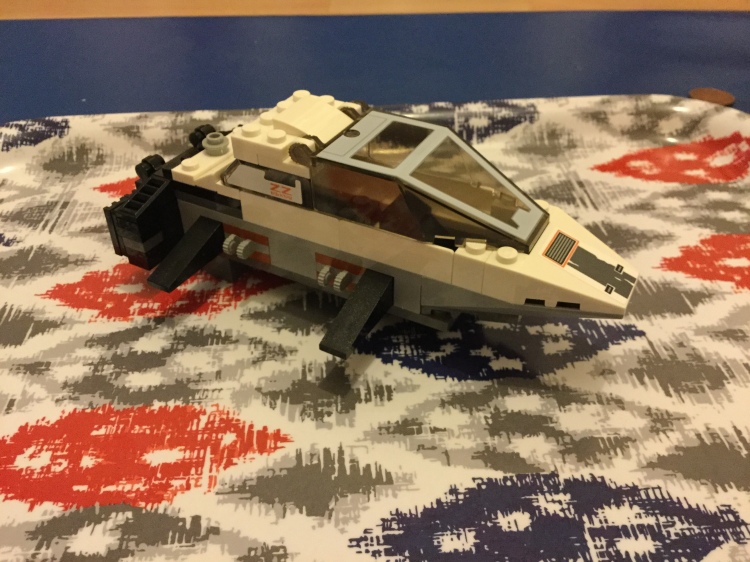 Bag 2 gives up the Luke Skywalker mini-fig that comes with a helmet, lightsaber and blaster. The head has the visor printed rather than the dual moulded version we got with ‘Luke’s X-Wing’ last year. 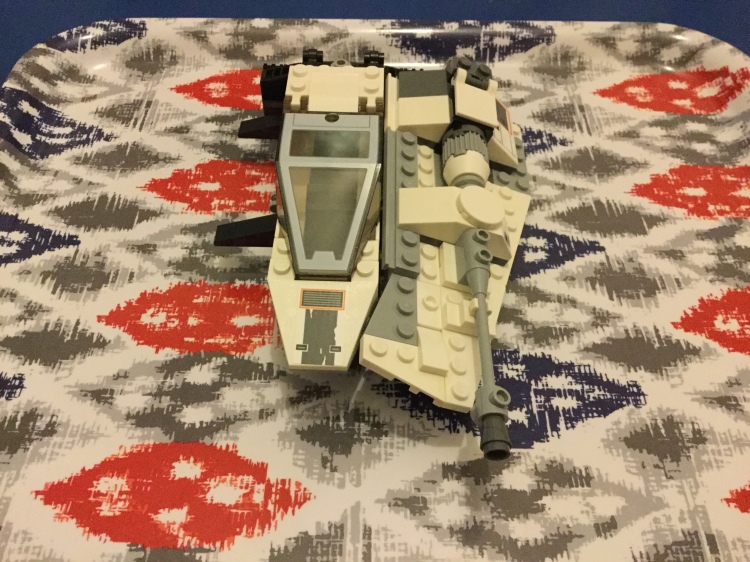 Bag 3 builds one of the Snowspeeder’s wings and I must say that the design is spot on and the strange shape of the ship is well built using layers of plates before adding the engines and blaster.

The fourth bag builds the second wing, the harpoon gun, which on the set is a stud-shooter and harpoon. Whilst identical to the opposite wing, the build didn’t feel repetitive and, like the first wing, the stickers look great and add some good details. 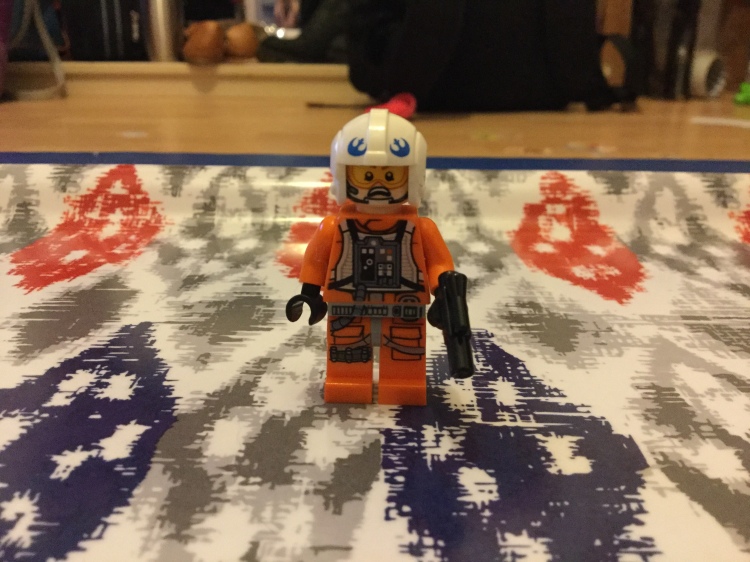 Bag 4 also gives us a mini-fig of Dak Raltar, who comes with a helmet, blaster and a double-sided face. And that is not the face of someone who could take on the Empire on his own. 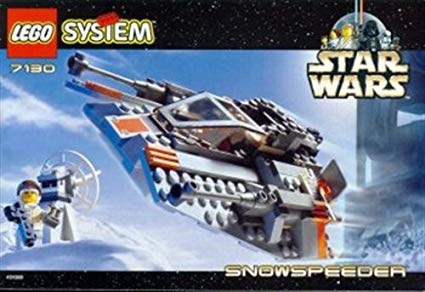 For the time, the Snowspeeder was well designed and quite screen accurate with the exception of the cockpit that, in my opinion just doesn’t look quite right. I never picked this set up but a friend of mine did and it was a pretty decent set. 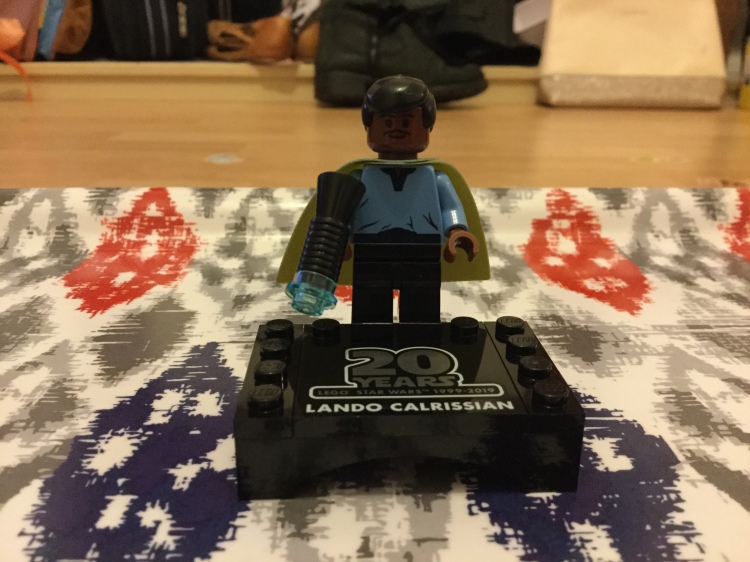 The 20th Anniversary mini-fig this time around is Lando Calrissian in his Bespin outfit from the massive Cloud City set. This was the first non-yellow mini-fig with authentic skin-tone produced which soon led to all mini-figs from licensed products having screen-accurate skin-tones. He comes with a dual coloured cape and a reverse megaphone blaster.

This is a really fun set with great playability and display qualities and it’s a direct upgrade of the 1999 version. I really enjoyed this build and for the price of £34.99 for 309 pieces I can’t complain about the price and I really can’t wait to display it.