WARNING! THIS POST MAY CONTAIN SPOILERS! YOU HAVE BEEN WARNED. 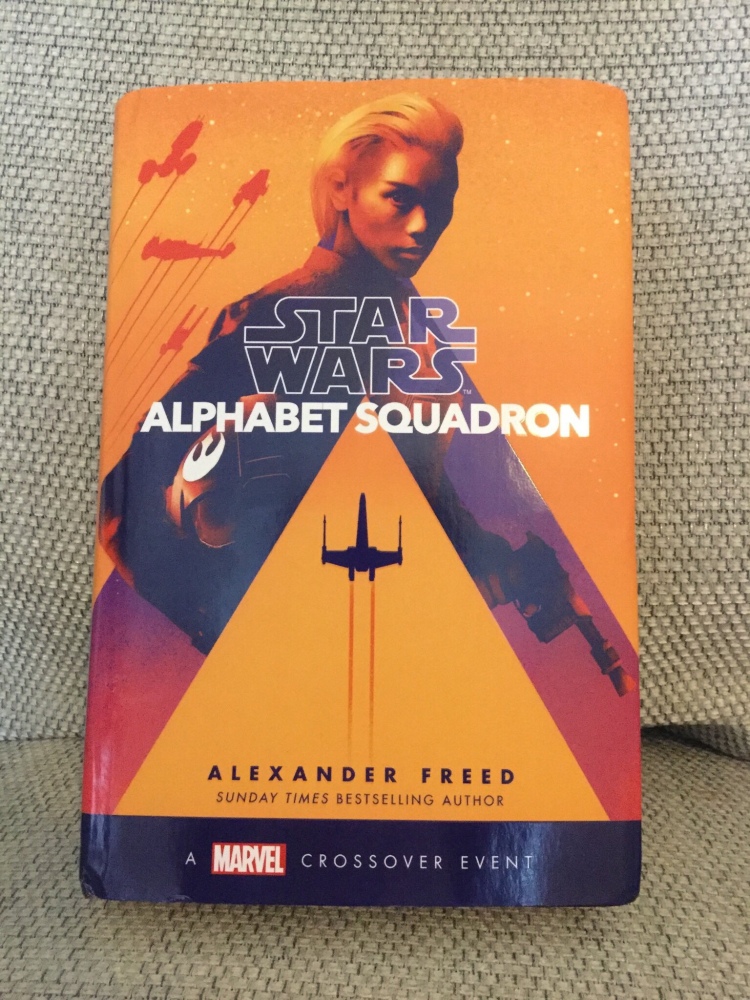 Firstly, I would like to thank Penguin Random House for sending a copy of ‘Alphabet Squadron’ for review.

Then the book arrived.

I was not disappointed.

Alexander Freed hit the ground running with this novel and never lets up the pace.

He has crafted a story so enjoyable and rich that there will be something new for readers to pick up every-time they open up the book.

The story is compelling, the characters well written and the writing is so good.

To say that I enjoyed this book is an understatement, I loved it. Freed, like Claudia Grey can write amazing Star Wars. His previous works (in Canon) are ‘Battlefront: Twilight Company’ and the novelisation of ‘Rogue One: A Star Wars Story’, both of which I loved, and am feeling the need to go back and re-read in the near future.

The crew is made up of five pilots, Yrica Quell, Nath Tensent, Kairos, Chass na Chadic and Wyl Lark, all with different backgrounds and motivations and who really shouldn’t be working together, but have one common enemy, the 204th TIE Squadron, otherwise known and ‘Shadow Wing’ and New Republic Intelligence has tasked Cairn Aden to our together the squad.

Led by Quell, a former TIE Pilot for the 204th the Squadron must learn to work together before a climactic battle that is so brilliantly written that I could visualise every moment of it, and the tension was almost unbearable at times. Yes, Freed is working on two more parts for the Alphabet Squadron trilogy but these aren’t legacy characters, we don’t meet them in later films/books/cartoons/comics so their fate is ultimately up to the author and my god was I on the edge of my seat. Freed really takes the time to let us get to know the Squadron and we grow to care about them and how they grow as a team which is a major part of the story.

Speaking of legacy characters, Alphabet Squadron reports to, not only Cairn Aden, but General Hera Syndulla, who commands a battle fleet, chasing down remaining Imperials in the months leading up to The Battle of Jakku. Freed write later her character perfectly and I can hear Vanessa Marshall’s voice in her dialogue.

In terms of the writing, Freed, like Claudia Gray, knows how to write Star Wars, but from his own perspective which works. His ability to really throw the reader into the action is unrelenting. You feel like you are there in the fray. What I really enjoy, and not just about this book, is how Freed gives us an insight into the inner workings of the Rebellion army from a grunts and writes them with a camaraderie that is so believable.

I’m so happy that there are two more books to come about the Alphabet Squadron crew, and whilst this novel does act like the first part of a trilogy in setting up characters and situations for the next book it doesn’t fall into the trap that Chuck Wendig’s ‘Star Wars: Aftermath’ does by feeling like an obvious set-up book.

We’re lucky that there are a whole bunch of novels coming in the next few months to help distract us from the knowledge that we have to wait for the next part of Freed’s trilogy but it’ll be the top of my ‘Must Read’ list until it does come out.

Special thanks to Penguin Random House for providing a review copy of the book. Providing My Star Wars Life Debt with products for review does not guarantee positive reviews.