A while ago I posted a potential list of upcoming sets, whilst the ’20th Anniversary’ sets have been announced there has been a leaked image for one of the other sets I had mentioned.

Thanks to Amazon.com, this image was released for the ‘Duel on Starkiller Base’ which features Rey and Kylo in the Starkiller Base forest and it looks pretty nice. 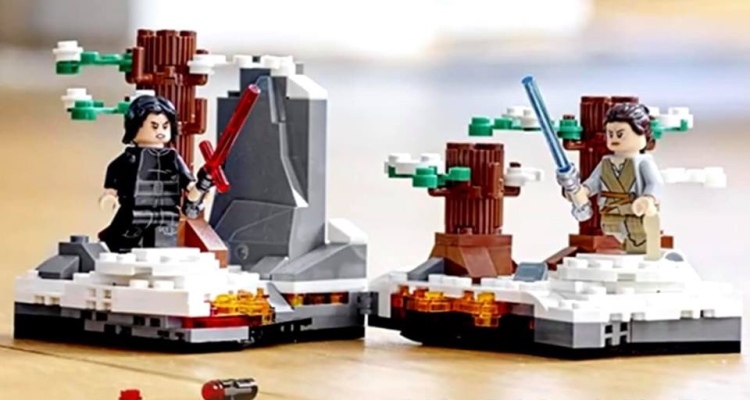 Whilst this could be an MOC (My Own Creation) something about it makes me think it’s the real deal.

The mini-figs look to have new faces, Kylo now is gloveless which I don’t remember from the film.

I like the look of the base, the fact it splits apart to reveal the transparent orange plates to represent the destruction of the base looks great.

It looks like there will be another mini-fig that will come with a stud launcher blaster, either a Storm/Snowtrooper or Finn, seeing as he is also involved in that scene.

I’m looking forward to this set coming out, it looks different from similar sets and I think would look great on display. When it comes out is the big question, either April or maybe in the Summer wave.